so on the first day we were waiting for the busses to arrived at school so we can go to Y8 Camp the busses will arrive at 8:30.Well we waited for the busses to arrived at school the adults said some prays for us before we leave so when the busses arrived we started to pack all our stuff into the bus well we finish packing all our stuff in the bus  we jumped into the bus and left the school.so after one hour sitting in the bus we finally arrive at y8 camp the boss a.k.a manager of the Y8 Camp so before we could do anything he set some ground rules about what part we are not allowed to go and the places we are allowed to go.  after he set the rules we all headed to our dorrms  the hall but they call it the Gym so we started to do some games the first one was try to steal the persons flag from them so at the end of the game we count all of our flags and then we played another game the game was like you get this soft thing and then we put it on top of us and then we pull it across us and there had to be a light person on the STILL GOT TO FINISH IT.
Posted by Kevin at 10:35 No comments:

Email ThisBlogThis!Share to TwitterShare to FacebookShare to Pinterest
Labels: 2020, about my holidays

In the movie Percy Jackson there are gods. In that movie the name of the gods are  Zeus and he is the father of all gods.Hades the uncle of Percy Jackson Hades is the god of death and underworld the and Hermes is the god of  superhuman strength, durability, stamina, agility, and reflex and he’s the dad of Lukar proisidden the god of the sea, storm and earthquakes.and lukar store the lightning bolt from Zeus because he was jealous of the Gods 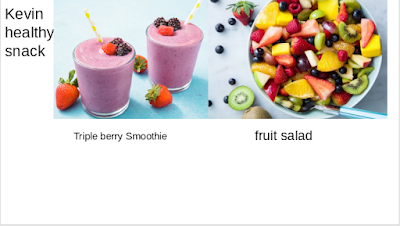 This is how you can make healthy snacks real easy to make all you need is some fruit and you can make a fruit salad. any kind of fruit,it does int matter. You cut them all up in to pieces and then mix all of it together,and there you have it a fruit salad.if you want to make a fruit Smoothie you will also need some fruit and a blender put all the fruit in the blender and turn it on and it should cut it all up in to little tiny pieces and then tip it in to a cup and there you have it you got your self a smoothie.
Posted by Kevin at 14:05 No comments: 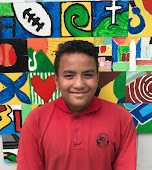 Kia ora my name is Kevin I am a year 8 student. I go to pt England school and my favourite subjects for this year are maths and literacy. I am interested in gaming and basketball. My family does a lot of things together, we go to the pools and we have lots of things to do when we go out. I really enjoy swimming and kiwisport at school.

Who is visiting this blog?